Your cart is currently empty.
Click here to continue shopping.

How did it feel to find the Golden Ticket?  Finding the Golden Ticket was SO exciting!  I actually filmed myself opening my package because Julie was offering extra points to people who shared their unboxing.   When I saw it there, I was speechless.  I couldn’t believe I’d actually won.  I later found out that I won because I was the first order placed when the Black Friday sale went live.  I had my cart ready and alarms set to make sure I got it in.

Why did you and Julie choose and collaborate on the design that you did – what was the process like: I had been thinking of what I would do with a Golden Ticket for a while, never expecting to actually get one.  I had tried to think of a dog-themed clutch but the balloon dog is just so great, I didn’t think I could top it.  I am very passionate about dogs but I’m also a pharmacist, so medications are always on my mind.   Dogs are basically medicine though, they’re great for our bodies and souls, and since I’m a pharmacist I thought – PILLS!  Specifically capsules, since you can do two colors.  It was Julie’s idea to put them on a clear sleepover bag.  Her first mock-up was exactly what I envisioned.  Colorful capsules also seem very on brand and trendy so I hope they sell well! What's In My Bag: Beauty Edition!

✕
Thanks for contacting us! We'll get back to you as soon as possible. Thanks for subscribing
★ Judge.me Reviews

Let customers speak for us

Glitter AND Confetti … What could be better!!!
LOVE LOVE LOVE 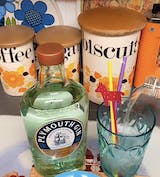 A
Customize Your Own Name Clutch! Audra
My Fave Bag Lady

I literally have so many of these custom clutches by Julie and I LOVE them all.
My 1st was my wedding clutch which is incredible and made my day so extra special. This sparked an obsession with these glittery treats. Julie takes extra care to make sure the design is exactly as you want. Her communication and customer care is ⭐️⭐️⭐️⭐️⭐️

It’s such a great outlet to be creative and fun. Thanks so much Julie !!! 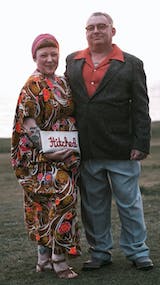 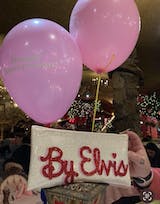 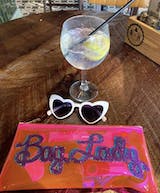